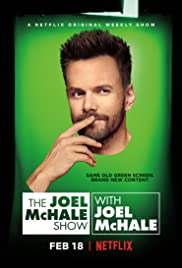 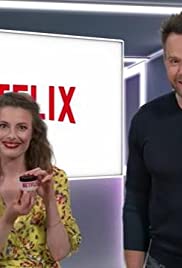 The show is back after Netflix's sudden decision to order six additional episodes and release them for binge-watching. The not-so-subtle product placement in General Hospital (1963) inspires Joel's friend and Community (2009) co-star Gillian Jacobs to join him and plug her new Netflix show and film, which angers Paul Feig because he can't plug his weird non-Netflix stuff. Reddit's ThatHappened segment brings the tale of a teenage girl who tries to buy some classic rock CDs for herself only to face scrutiny from a cynical store clerk. The end credits theme song warns of health risks involved with binge-watching. Live PD (2016) has trouble navigating the action. On The Joe Rogan Experience (2009), Steven Tyler explains somewhat awkwardly how he came up with his band's hit song Aerosmith: Pink (1997). This inspires This Is Us (2016) star Justin Hartley to join Joel and confuse him with trivial facts. Paul Feig learns that his pet hawk may have been killed by Trina Braxton. Joel reviews Ugandan shoestring budget action epic "Ugandan Expendables." The people who tried out Maury Povich's DNA test kits thank him in a "real" TV ad. The show's end credits theme song composer wonders why he isn't famous yet. 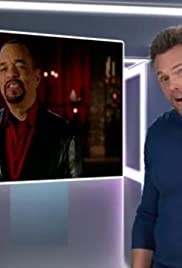 Two naked fat guys from Japan and a cheeky heckler shock the judges of America's Got Talent (2006). Breaking Homicide (2018) fails to narrow down the number of suspects in a case, so Joe Manganiello joins Joel to give it a try himself. This makes Paul Feig go berserk from paranoia. On In Ice Cold Blood (2018), Ice-T uses some highly questionable turns of phrases to build atmosphere, so Joel makes an infomercial about it. On Trading Spaces (2000), the host incorrectly calls a guest Michael. Joe returns to try and open an impossibly tough bag of brownies. The closing credits theme song goes British to win a bet. 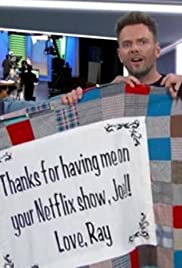 The Four: Battle for Stardom (2018) really wants to "take people to church," which costs Paul Feig his left arm. On Britain's Got Talent (2007), a couple cosplaying as the heroes of Beauty and the Beast (1991) perform a song from the cartoon extremely unevenly. On "The Best Damn Country in America" segment, Joel targets kid TV anchors and spelling bees. The (un)emotional reunion of "Fons and Porter's Love of Quilting" cast inspires tough guy Ray Liotta to reveal his passion for the art of quilt. On "ThatHappened", a magical old man and a depressed youngster have a life-affirming umbrella fencing duel. Joel's end credits theme song guy forces his kid to take over for him. 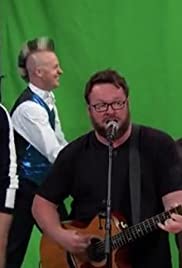