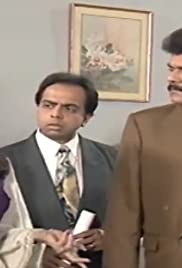 This is a TV serial by Bollywood giant BR Chopra. It is styled after several of the movies he made and named after one of his most famous movies, Kanoon (1960). The protagonist is a lawyer played by Pankaj Dheer (who essayed the role of Karna in Chopra's Mahabharat). He is assisted by a secretary an