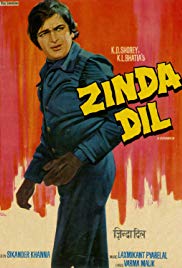 This is the story of two brothers and a father. The brothers are twins Arun Sharma, and Kewal Sharma (both played by Rishi Kapoor), and the father is Major Hemraj Sharma (Pran), a war veteran who became disabled in the last war, and has to rely on crutches to walk. The Major has a soft corner for Ke