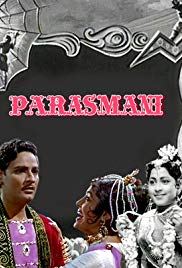 Paras (Mahipal) is lost at sea when his father's ship enters into a storm. Paras is rescued by a poor villager, who brings him up as his own. Paras grows up and accomplishes himself as a swordsman and a singer. His fame soon reaches the palace, and the emperor summons him to sing for him, which he d