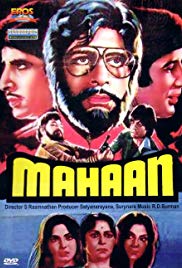 Criminal Vikram Singh is arrested for possession of drugs thus the case is called up in a court of law which forces him to approach his lawyer friend, Amit but instead of favoring for him Amit gets him prosecuted. Shortly after Vikram gets released from jail framing Amit for the killing of his assoc