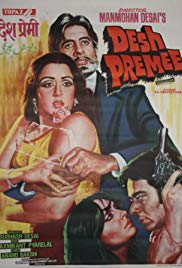 Master Dinanath is an ex-freedom fighter. When he gets Thakur Pratap Singh arrested for arms smuggling, he has Master's wife Bharati and young daughter Priti kidnapped and also turns his locality's public against him. Dinanath escapes with his young son Raju and they settle into a slum named Bharat