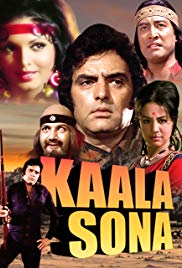 Multi-millionaire businessman, Rakesh gets word from his servant, Ramdas that his father has been killed several years ago by a bandit named Poppy Singh and that Poppy Singh is still alive but is declared dead by the local police. Rakesh then swears to avenge his dad's death and this become the moti