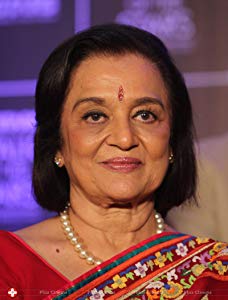 Asha Parekh was born in a middle-class Gujarati household to a Hindu father, Pranlal Parekh, and a Muslim mother Sudha Parekh on October 2, 1942 in India. Since she was an only child, she became the center of her parents' lives. Her mother enrolled her in classical dance classes at an early age, and Asha excelled at dance to the point where she performed at stage shows. Famed film director 比麦尔·洛伊 saw her dance at a stage function and ca… 更多>>