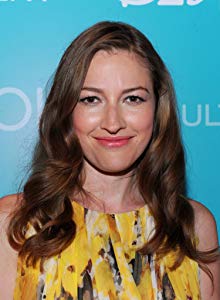 Scottish actress Kelly Macdonald was born and raised in Glasgow. Her parents divorced when she was young, and she was raised by her mother, a sales executive in the garment industry. She has one brother, David. As a hobby, she acted in an amateur theatrical club, which she enjoyed a great deal. Macdonald was working as a barmaid, when she saw a leaflet for an open casting call for a film. She went along and was cast as Diane in 猜火车 (199… 更多>>