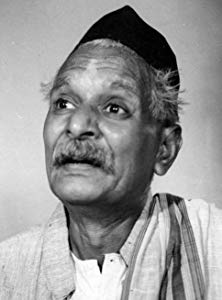 He was born in Benares (Varanasi), Uttar Pradesh, British India.He was fond of plays and came to Mumbai to find a space on stage. He staged his own written play Pandrah August in Mumbai, later he tried his luck in films. He also had written many plays.In 1940 he got a role of moneylender (Sahukar) in a Mehboob Khan's film "Aurat" as Sukhilala. After that he later acted in many films as a character artist. When Mehboob Khan was directed … 更多>>