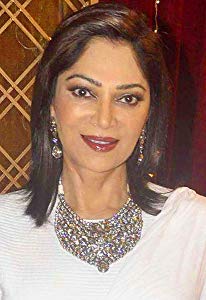 Simi Garewal was born on October 17, 1947 to a Punjabi Sikh family in India. Her father was J.S Garewal who was in the military. Her mother was a homemaker. Her family migrated to London in early 1953 when she was barely 6 years old. In 1961, she moved back to India in order to become an actress. She was offered a small role in the English film Tarzan Goes to India (1962). When the film was released, she was noticed by filmmakers which … 更多>>