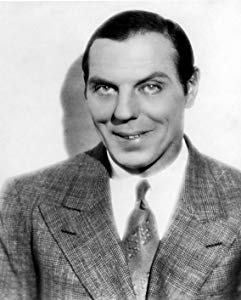 Born Rasmus Karl Therkelsen Gottlieb in Copenhagen, Denmark, on October 12, 1886 the future Karl Dane had a rough childhood. His father was an alcoholic and spendthrift. At a young age his parents divorced. To escape his unhappy home he took a great interest in the arts, particularly puppeteering (something popular in Denmark at the time). Dane apprenticed as a machinist during his teenage years.

In 1910 he met and fell in love with Carla Dagmar Hagen. They had two children together: Ejlert Carl and Ingeborg Helene. Dane was restless all his life. War broke out, and Denmark was hit with major unemployment. Hoping to support his family (and find new adventures) Dane immigrated to America in 1916 with the intent to send for his family once he could afford to.

Dane was miserable and lonely, compounded by the fact his wife soon asked for a divorce. He worked various odd jobs (mostly as a mechanic and carpenter) and lived in various states.

Hearing of the good money in flickers Dane tried his luck. By 1917 he was given a small extra role at Vitagraph. Though his scene ended up on the cutting room floor Dane continued to seek a film career. With the outbreak of War in the US Dane found luck, being cast as the evil Hun in many Anti Kaiser films including "To Hell with the Kaiser!", "The Wolves of Kultur", and "My Four Year in Germany". Dane was very successful in such roles. Possibly to avoid anti German sentiment it was at this time he changed his name to the less provocative sounding 'Dane' (after well...being a Dane).

By 1918 Dane had grown disillusioned with Hollywood and had fallen in love with a Swedish woman named Helen Benson. Benson strongly disapproved of his acting so Dane quit and took up chicken farming. The pair married and Benson became pregnant in 1923. However she died in childbirth as did the child, a baby girl. Dane was devastated. Terribly lonely Dane quickly married telephone operator Emma Sawyer. The marriage only lasted 6 months.

During this unfortunate time Dane ran into old friend Charles Hutchison who convinced him to try acting again. This proved very lucky as Dane was chosen by King Vidor for the role of Slim in "The Big Parade". The film would be a major success and go on to be one of the best selling silents of all time (ironic considering Dane's previous Hun roles, it was an anti war film).

Dane was signed by MGM for a salary of $150 per week, which would eventually rise to $1,500 weekly. His family back in Denmark spotted him and they reconnected, though Dane would never see his children again. Dane so had many key roles in major movies including many Lillian Gish and John Gilbert films (such as La Boheme and The Scarlet Letter).

Dane's career continued to rise with a role as Ramadan in 1926's "Son of the Sheik" with Rudolph Valentino and "Bardelys the Magnificent" with John Gilbert. In 1927 Dane paired with British actor George K. Arthur to form the comedic duo Dane & Arthur. The pair were quite successful with Dane usually playing the slow witted Scandinavian.

Contrary to popular and hugely inaccurate Hollywood Babylon lore Dane did decently in talkies. His English was a bit shaky but his accent was understandable and suited his type and look perfectly. He would go on to have roles in many films between 1928 and 1930.

By 1928 Dane began to burn too brightly. He worked too hard and became ill and severely fatigued (almost dying of pneumonia at one point). He began a relationship with crazed Russian Thais Valdemar (contrary to what she claimed they never married). In 1930 Dane's roles had grown smaller and he soon lost his contract. Dane suffered a nervous break down the same year.

After recovering in 1931 Dane and Arthur reunited for an 8 month vaudeville tour which did very well and led to another film contract. However by 1932 this too had ended as writers couldn't think up enough clever scenarios for Dane. He made one final film, the 3 hour serial "The Whispering Shadow" which starred a new actor named Bela Lugosi (incredibly it took only 12 days to shoot). Dane had a small yet key role in the serial, ending his film career with a wonderful yet underrated performance.

Dane made major investments in mining in 1931 and 1933. However his business partner was crooked and Dane soon lost all the money he had made in films. Now impoverished Dane went from one menial job to another, always losing them in some cruel and unfair way. One such job was as a waiter at a café. The owner fired Dane soon after when he discovered a former movie star turned waiter did not draw in customers. MGM also refused to rehire Dane as even a carpenter or an extra despite his skills. Yes he did own a hot dog stand, no he didn't operate it in front of the MGM gates. That was a Kenneth Anger invention.

Days before his death Dane was returning to his apartment when he was pick-pocketed of all the money he had in the world: $18. On the eve of April 14th, 1934 Dane's friend (and possible girlfriend though the evidence is sketchy) Frances Leake arrived at his apartment to take him to a movie, hoping to lift his spirits. Unable to enter she had the landlady open the door. The duo discovered Dane slumped in his chair, a revolver at his side. He had left a note by a scrapbook of his publicity clippings, "To Frances and all my friends---Goodbye." He was 47.

Dane's body was held hoping his relatives could be found in Denmark. The Danish community of Hollywood was livid and insisted he be given a proper and dignified burial. At their urging MGM paid for a funeral. Dane was buried at Hollywood Forever Cemetery.