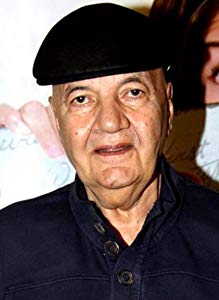 Prem Chopra is an actor in Hindi and Punjabi films. Prem Chopra was born to a Hindu Punjabi family in Lahore on 23 September 1935 to Ranbirlal and Rooprani Chopra. He was third of six children.His father worked at the attorney-general's office. He was brought up in Shimla. His father wanted him to be a IAS officer but Chopra pursued performing arts in College and graduated in arts from Punjab University. Shimla had a strong theater move… 更多>>