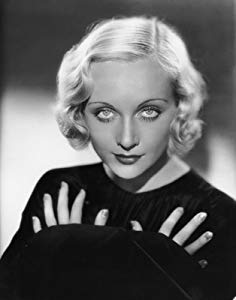 Carole Lombard was born Jane Alice Peters in Fort Wayne, Indiana, on October 6, 1908. Her parents divorced in 1916 and her mother took the family on a trip out West. While there they decided to settle down in the Los Angeles area. After being spotted playing baseball in the street with the neighborhood boys by a film director, Carole was signed to a one-picture contract in 1921 when she was 12. The film in question was 完美的犯罪 (1921). Alt… 更多>>