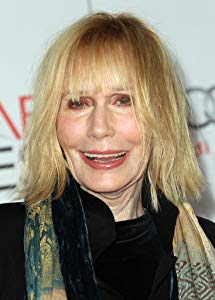 Kellerman arrived quite young on the late 1950s film and television scene with a fresh and distinctively weird, misfit presence. It is this same uniqueness that continues to makes her such an attractively offbeat performer today. The willowy, swan-necked, flaxen-haired actress shot to film comedy fame after toiling nearly a decade and a half in the business, and is still most brazenly remembered for her career-maker -- the irreverent hi… 更多>>