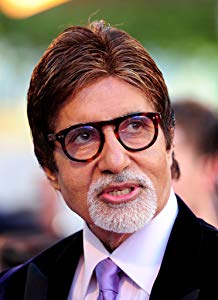 Son of well known poet Harivansh Rai Bachchan and Teji Bachchan. He has a brother named Ajitabh. He completed his education from Uttar Pradesh and moved to Bombay to find work as a film star, in vain though, as film-makers preferred someone with a fairer skin, and he was not quite fair enough. But they did use one of his other assets, his deep baritone voice, which was used for narration and background commentary. He was successful in b… 更多>>